The following books are books I have read and loved every page! February is Black History Month and I am recommending these books in honor of this occasion.

The Warmth of Other Sons by Isabel Wilkerson is about the great American migration of the southern African Americans to the northern United States. Featuring three families and their trials and triumphs.

Narrative of the Life of Frederick Douglas, autobiography simply is one of the most fascinating books I have ever read. I read it in an afternoon, I just couldn't put it down. All Americans should read this book it's part of their heritage. Available for free kindle addition.

The Help by Kathryn Stockett is the only fiction book I am recommending for Black History month. A delightful, beautifully written book. Started out as a sleeper and now has become a national bestseller. Couldn't put this down either. So much to love in this book!

Would love to hear from you if you have read any of these three or have other Black History Month recommendations of your own. All of these books are available on Amazon either in paperback or Kindle. 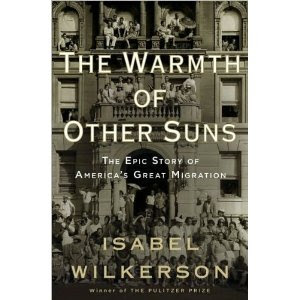 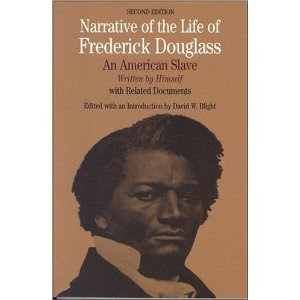 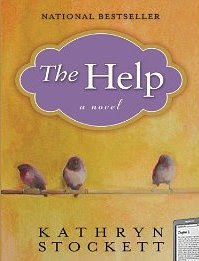 Book Review:Confederates in the Attic: Dispatches from the Unfinished Civil War by Tony Horowitz Imagine if you will that your Great Great Grandfather at nineteen years old immigrates from Eastern Europe at the turn of the 2oth century. He can't speak a word of English. You might wonder
what does this adventurous 5'2" Yiddish speaking young man do when he first arrives in New York City? Of course, he wanders into a book store. Does he purchase an English translation book or a map of New York City? No, he purchases a pictorial history of the American Civil War!
Is this for real? Yes indeed it is. That young man was the Great Great Grandfather of Tony Horowitz the renowned war time journalist and author of Confederates in the Attic...

This one purchase by Isaac Horowitz 80 + years ago set the pattern for the future Horowitz men in the family. Tony, his father and grandfather all know Isaac's book intimately. They know every battle, general and both minor and major players of the conflict. Tony was woken up every morning by his father charging up the stairs brandishing a sword shouting "Rouse the TROOPS". The Horowitz family took the American Civil War very seriously. It wasn't just a hobby but a commitment of serious study for life.

Tony grew up and won a Pulitzer prize for his journalistic coverage of the volatile Middle East conflicts over the years as well as the war in Bosnia. Coming home to America to settle down with his new wife in Virginia he discovers an aspect of the Civil War that the Horowitz family wasn't really aware of THE REENACTORS! Oh my what a discovery it was too. You know there is a cast system classes of reenactors. There are the once in awhile hobbyist, then the more serious weekend group, but nothing compares to the hardcore enthusiasts.

Being the man Tony is he couldn't let this opportunity pass by he had to see for himself what it means to be truly hardcore reenactors of the Civil War. He sets upon a year long journey through-out the southern united states finding out more than he could ever imagine about The War Between the States.

Tony meets all kinds of folks, all with definite opinions about slavery, Yankees and state rights.
The journey will end with Tony finding out more about himself than he could ever imagine and what he stood for. Don't miss out on this journey with Tony. It will make you laugh out loud, cry, scare you to death and angry! Every one should read this book American or not. We can all thumb our noses at the actions of our ancestors in the past, but wait a minute, has things really changed in human nature that much? Find out!

This book is now available in Kindle as well as paperback through Amazon.

5 big stars rating from me!
Posted by Tudor Daughter at 3:55 PM 3 comments:

I needed a change for the new year. I no longer am a part of the HFBRT. I just couldn't keep up with it and found myself wanting to read other things. I am a very eclectic person especially when it comes to literature. One day I will get in a mood and need to read all about the American Civil War and then on another day jump back into 14Th century England.
I eat up anything worth reading about WWII in particular involving rescue and resistance stories. I am always surfing the net when something strikes me as interesting. I am not beyond reading trial transcripts about Adolf Eichman or researching the Opium Wars between China and England. I just never know what will strike me as interesting. I just find the world is a very interesting place and I want to learn as much as possible about the people, culture and history that inhabits it.

That is why from now on I will be reviewing what I read and there will be no rhyme or reason to it, but if I choose to review the book then I'm recommending it as well. Hopefully my followers will be pleased with some of my recommendations and find new discoveries.

I promise to be posting far more often now that I don't feel so confined. I really appreciate all you wonderful followers who have stuck with me in my absense!
Posted by Tudor Daughter at 11:44 AM 3 comments: