I belong to the Kindle English Mystery Book Club discussion Group on Goodreads. Dorothy Sayer's The Five Red Herrings was the book chosen for March. I really looked forward to this since I have watched several of the Lord Peter Wimsey episodes on BBC. Gladly I haven't seen
The Five Red Herrings yet. 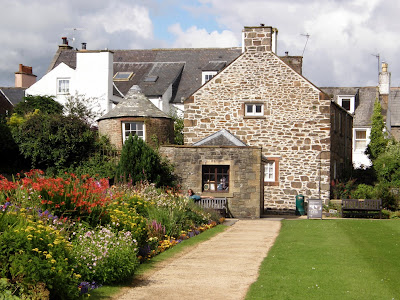 The book was first published in 1931 and very true to the time period, the servants  the large cars and post great war attitude. Ms. Sayers wrote this book while staying at the above Anworth Hotel in Kirkcudbright, on the west coast of Scotland County Galloway near the English border. The places in the story are all actual places that Ms. Sayers frequented while staying in Kirkcudbright.
The story is very atmospheric you can imagine being right there in the pub or on the winding country roads. You can see the storms coming in from the sea and here the wild clap of thunder.
It was just my cup of tea, literally speaking I made myself a pot of Bangel Spice tea and sat down in my cozy living room escaping to Kirkcudbright to solve a murder. 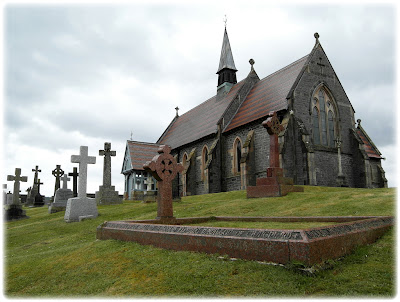 You almost feel like you are reading in a foreign language, Ms. Sayers is that true to the Scottish dialect in the dialogue. There is no mistake between who is the British Gentlemen and who is the Scottish Constable. This in itself makes it fun to read. I love the Scottish dialect so I fancied my self  speaking it while reading it.
Ms. Sayers is not for the quick read, she pays very particular attention to details which can be daunting at times, but stick with it.
*********
An artist is found in the burn (stream). Was it suicide or murder? Six suspects and five are red herrings. Who can be really sure?
With the aid of Lord Peter Wimsey all will come clean in the end.
He's on the case with a host of fun characters. 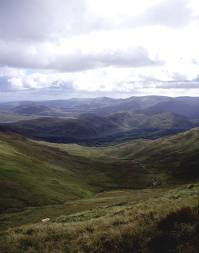 Beautiful open country near Kircudbright where suspects can disappear in or even fall down a mine shaft. 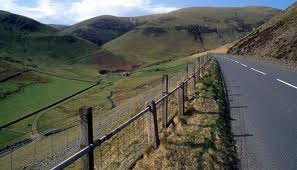 Typical Galloway country road where a suspect on a bicycle could
make a fast get away.