Guest Post by Catherine Delors author of For the King...

I am so happy to be able to present this wonderful guest post by Catherine Delors the author of the fascinating soon to be released novel For the King. This post is so interesting about Napoleon and Josephine. Thank-you Ms. Delors for providing this for my blog and for participating in the HFBRT event highlighting your new book.

Napoléon and Joséphine in 1800 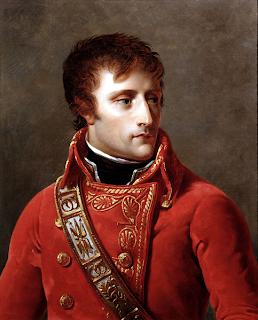 have come to associate with traditional Napoleonic imagery. He has not yet crowned himself Emperor of the French, but he has seized power a year earlier in a bloodless coup. In 1800 he is the First Consul, a reference to the era of the Republic in Rome. But his regime is already authoritarian, and he will use the bomb attack described in my new novel, FOR THE KING, to eliminate many of his political opponents. 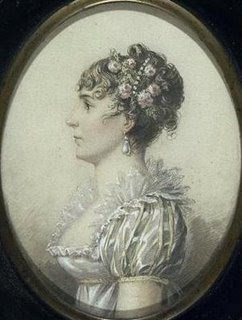 In 1800 Bonaparte is only 31. His valet describes him as thin to the point of emaciation, with a sallow complexion, deep set blue eyes, a high forehead, and already thinning hair. He is of average height for the late 18th century (5 feet six and a half inches in English measurements.)

Josephine is 37, six years older than her husband, and the Bonaparte siblings, who hate her, calls her la vieille (“the hag.”) In fact she looks rather younger than her age, a gracious, elegant brunette.

What about the state of things between them? Sadly, the romance is gone. Oh, Napoléon was utterly smitten in the beginning of their marriage, but within a few months of the wedding, while he was waging war in Italy, she dashed his illusions by taking a lover. He retaliated in kind, and a string of mistresses ensued.

Now she is the one who is jealous. There are a few other clouds on the horizon: Bonaparte would like a son and heir, but a middle-aged Joséphine shows no signs of fertility. Yet Bonaparte’s immediate concerns are to consolidate his grip on power, not –quite yet- to establish a dynasty.

There is also the small matter that Joséphine receives enormous sums, 1,000 francs a day, from Fouché, the redoubtable Minister of Police, to spy on her husband. If Bonaparte knew about this, he would not take kindly to this new kind of betrayal, but the important thing is that he doesn’t know.

The truth of the matter is that Joséphine is a compulsive spender, far more so than Marie-Antoinette ever was, and that she is always in debt in spite of the generous stipend she receives as the wife of the First Consul. Bonaparte cannot comprehend where all that money goes, and she dreads asking for still more to pacify her creditors. This too creates great stress in their marriage.

But what matters in 1800 is that Napoléon and Joséphine are political allies. He knows he owes his rise in the army and national politics to her and her connections. Without those, it is unlikely that his coup would have succeeded. Napoléon and Joséphine planned it together, they would have shared the consequences of any failures, and now they bask together in the glow of success. He may no longer be madly in love, but he values his wife as his closest associate, and also, because he is very superstitious, his lucky star. Maybe, in his mind, she is the one who allowed him to escape the bomb detonated on their path on Christmas Eve 1800 . . .
Posted by Tudor Daughter at 9:10 AM