Who Can Resist Gothic Suspense...

I just received this in the mail from Ebay. My first Phillipa Carr Gothic Novel written in 1979. Being a vintage novel I had to go to Ebay to obtain it, but luckily there is good availability of
Phillipa Carr Daughter of England novels on Ebay.
You may wonder who is Philippa Carr? Have you heard of Jean Plaidy and Victoria Holt? Phillipa Carr is one and the same, another pseudonym for Eleanor Hibbert!!!
I have read many Vicotria Holt novels and Jean Plaidy Historical Novels. They are some of my favorites.
It was Marie at Burton's Review that got me wanting to read Philippa Carr.
I mean how can you resist when the book cover reads:

The miracle is the discovery, on a Christmas Day in the 16th century of a living child in the Christmas crib in St. Bruno's Abbey, a replacement for the wooden figure of the Christ child,. The child is named Bruno and is raised and educated by monks.
Colse by, Damsk Farland is born to a lawyer's family, some nine months later Henry VIII is on the throne of England and his problems in producing an heir are becoming apparent. As Damask grown-and this is her story-times change, ease and comfort give way to religious difficulties, betrayals and terror... Barbara Bannon Publishers Weekly

Does this sound yummy or what? I have never been disappointed by Victoria or Jean so I'm sure Philippa will deliver the goods as well! So far the 1st chapter has been very intriguing. I will post a review when finished. Hopefully you other blogging friends will be curious as well.

Here is a list of Philippa Carr's Daughters of England Series: 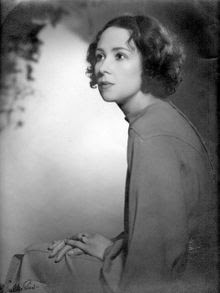 Posted by Tudor Daughter at 3:22 PM