The Iron King beginning of The Accursed Kings Series...

In 1955 the french author Maurice Druon began writing a series of books called The Accursed Kings. The series in total is seven books and took twenty years to complete. I first noticed these books on a Goodreads advertisement of the 1st in the series The Iron King. I ordered it on Amazon prime and began reading it right away. I didn't put it down. A marvelous book. 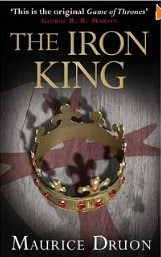 The story begins with The Iron King, Phillip IV(Phillipe the Fair) the year 1307. The country is broke from war and poor money management.  King Phillip is young and ruthless. He goes to the Knights Templar for a loan and is refused. That very night Friday October 13, 1307 he has the Templar's put under arrest, and seizes the gold anyway. Over the next seven years 15,000 Templar's have been arrested, tortured and executed by the King's order and sanctioned by the Pope. The last to be executed is the Grand Master  Jacques de Molay who upon his death puts a curse on Pope Clement and the King and their descendants for 13 generations... 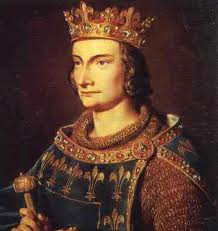 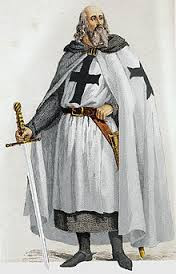 The King has three sons, Louis, Charles and Phillipe and one daughter, Isabella the queen of England, married to Edward II mother of Edward III. All of the King's children are involved in the intrigue in one way or another which will result shortly in the 100 years war between France and England.

This is just the first book of seven. I understand that they will be re-publishing all seven on a monthly basis. The next one in the series is The Strangled Queen being released tomorrow, April 11, 2013. I look forward to it. 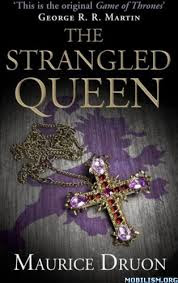 How refreshing to be reading 14th century France instead of 14th century England for a change. Completely fascinating on the two countries are intertwined through-out history. But seriously who doesn't love France.

The seven books are:

He was also a French Resistance fighter in WWII and received the Grand Cross of the Legion of Honour for his service along with many other awards over his lifetime for academia contributions. 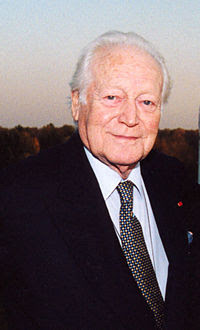 This book is well worth the read. It is surprisingly a fast read. Not only is it a great historical study but a good story, very intriguing. This book deservedly receives 5 crowns!